Jeff Buckley would have been 50 this year. 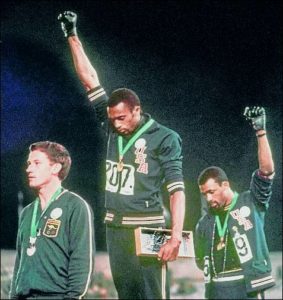 In May 2003, Sonic Drive-In had a Birthday Cake Shake on their menu, all month, for one month only. There was a Sonic on Assembly Street in Columbia, S.C., where I lived at the time, and I got a shake every day I could all month long. And then it was gone. I was 21 years old.

You know the McRib people? The people who get all pumped when the McRib is available? Who travel around to where it’s released? Who proselytize the wonder that is the McRib? I am like them, but for a menu item that never comes back. I got my hopes up in 2013, thinking, well, it’s the 60th anniversary of Sonic, maybe they’ll bring it back. They did not.

The Sonic Birthday Cake Shake was real. You know when you eat cake and ice cream on the same plate at a kid’s birthday party and they touch? It was that, drinkable. The cake crumbs gave the shake texture. The icing gave it varying flavors. The ice cream, you know, is ice cream.

Another local fast-food-itarium has a “birthday cake shake.” It is an abomination. I had one a few years ago. The texture was wrong and the taste was wrong. Like they didn’t use actual cake, or they didn’t blend it right, and they used some kind of strange flavoring compound to try to make up the actual taste of birthday cake (like that weird mixed shooter they make with Baileys or Franjelico where it tastes like cake, but it isn’t cake, like it has a baked taste, but it’s just chemicals and liquid). And then the biggest sin, and this they do with all their shakes, is the shakes come frozen in plastic cups with foil yogurt lids. When someone orders one, they pull the frozen cup and stick it under a blender. From the drive-through at this particular establishment near my house, I can see this sin being committed. That is not a milkshake, my friends.

One of my grandmothers worked as a soda jerk in a drugstore in the 1940s. She scooped ice cream. She made real milkshakes. When my dad was trying to gain weight for sports in school, she made him milkshakes with raw eggs. I’ve had one. You can’t even tell. A real milkshake is a symphony of creaminess and sweetness and refreshingness. There’s a place in Athens, Ga. I go for a shake every time I’m there, because they make them right, and they even come in those paper cones in the metal holders. For the record, I don’t really like dairy, or milk, or ice cream very much, but when you find the pinnacle, the Platonic ideal of something, even if it’s not your favorite, you can still appreciate the greatness. You order the shake. I usually can only have a few sips, but in those sips, I swear, something transcendental happens.

So yesterday I got an email that a local burger establishment was celebrating its 5th birthday with free birthday cake shakes as a thank-you to anyone who came to the restaurant today. Last night, I wrote a heartfelt plea to my friends to meet me out for that shake.

“So, Public Service Announcement to you bros. I got an email about this shake today cause I’m on some Yeah! Burger email list and I feel like it is very important that I pass it on because of the significance The Birthday Cake Shake had in my history and how much it mattered to my life.”

My friends assembled. We went to YEAH! Burger. We got the shakes.

And they were good, but the texture was wrong. The taste was there, but the original Sonic-y ground-up-cake-in-ice-cream just wasn’t there.

From Cantonese, and now in English, there’s the saying “Chasing the dragon.” Drug addicts fantasize that the next dose or hit is going to be THE ONE, but it never happens. The ultimate experience with the drug isn’t there, but the idea of it is there. I don’t think I’m addicted to the shake itself, I am fascinated and intrigued and driven by the PURSUIT of this perfect shake.

There are three ways this can work out, I guess:

1. Sonic brings back the shake, it’s as good as I remember, everything is amazing.

2. Sonic never brings back the shake. I never experience anything like this shake. I chase this dragon for the rest of my life.

And then the worst, 3. Sonic brings back the shake, and it’s not how I remember it. Either they change it, or my brain synapses don’t connect the same way they did 12 years ago and it doesn’t deliver.

Dear Sonic, I implore you, do this for me.

I have this phrase written on a notecard. When I lived and worked in D.C., I kept it in this stack of notecards I carried around as a to-do list. Now, because I mostly use a notebook, I taped the notecard to my computer monitor next to a photo of Charlie Duke at the CAPCOM desk at NASA Mission Control.

At work, and in life in general, double standards exist. Some people get perks other people don’t get. Some people have to follow rules and other people never do. That’s how the world works. I’m a relatively low-ranking employee, with a relatively un-prestigious job, so I follow a lot of rules. I can’t get angry at other people because they don’t have to follow the same rules, because they don’t have to jump through all the hoops I do. I can’t be envious. I can’t be jealous. I can’t waste time because I can only keep working.

Charlie Duke is the youngest man to walk on the moon. Before that though, he was on the backup crew for Apollo 11. When NASA set up mission control, and developed the systems of how to run itself, some genius systems engineer figured that there should only be one person to talk to the astronauts in space. Instead of a bunch of different people relaying messages, everything would go through one person. And the person who would know best, and be the best capable to relay these messages, would also be an astronaut, and usually be someone on the backup crew for that mission.

So on Apollo 11, when Neil Armstrong landed the lunar module on the surface of the moon, the person he told was Charlie Duke.

Charlie Duke was born in North Carolina, and has a distinctive North Carolina accent. When Armstrong said he landed, it’s Duke who answers “Tranquility, we copy you on the ground.”

I’m not the star. I’m not the Neil Armstrong of my world. I’m not “The Guy.” I’m the guy the guy counts on. I’m the person who has your back. That’s who I want to be, who I’m best at being, and there’s no shame in that.

In high school, I served as stage manager for a big musical we put on. A lot of my friends were singing and acting in it, but I knew that wasn’t for me. I was in the wings, wearing a headset, giving lighting cues and pulling the curtain. It was a K-12 school, so sometimes there were little kids around at rehearsal. In the play, there’s a scene set on a TV stage, and there’s a Stage Manager character who places the actors and then walks off. Instead of having another person do it, they just had me do it. One day after rehearsal, a little kid told me that maybe next year they’d let me have a real part. I explained that I did have a real part, and the best thing about my part was that if I did it well, nobody would even notice I did it at all.

I have to be resolute. I am a cow.